So. I made a zombie reference and used an adjective as a noun in order to make a really bad pun. Quelle horreur. Can I use my lack of sleep, jet lag and incomprehensible overlooking my need for caffeine? nah, probably not. As my buddy, Lenore, says, it is what it is.

There is so much that is terrible in the world. It may not be any more than is often terrible in this world and simply that we now live in a facebook reality where everything is not only heard but seen, in dying color.

And there are pieces of Peace to be tenderly put back together. Some days, we can’t do more than know that… and realize that the tomorrows are for getting back to work. 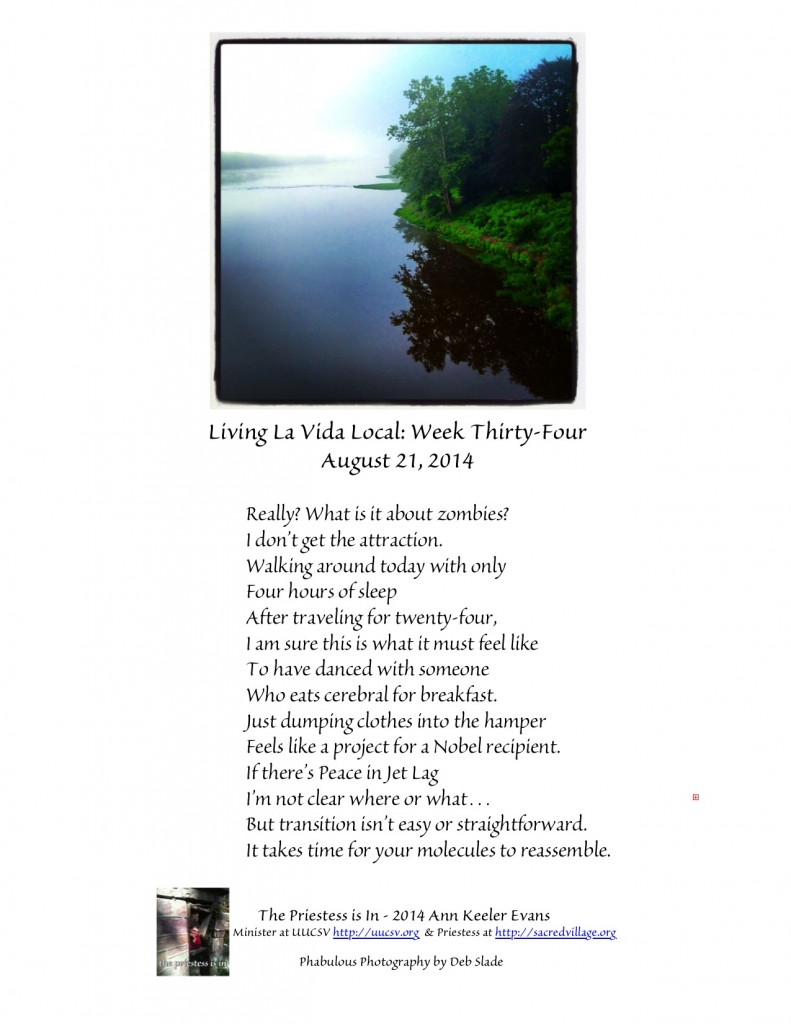 Category: The Priestess Is In
Tags: connections, peace
Leave a Reply Cancel reply